A Holiday Benefit
For the Afghan Peace Volunteers’ Quilt Project 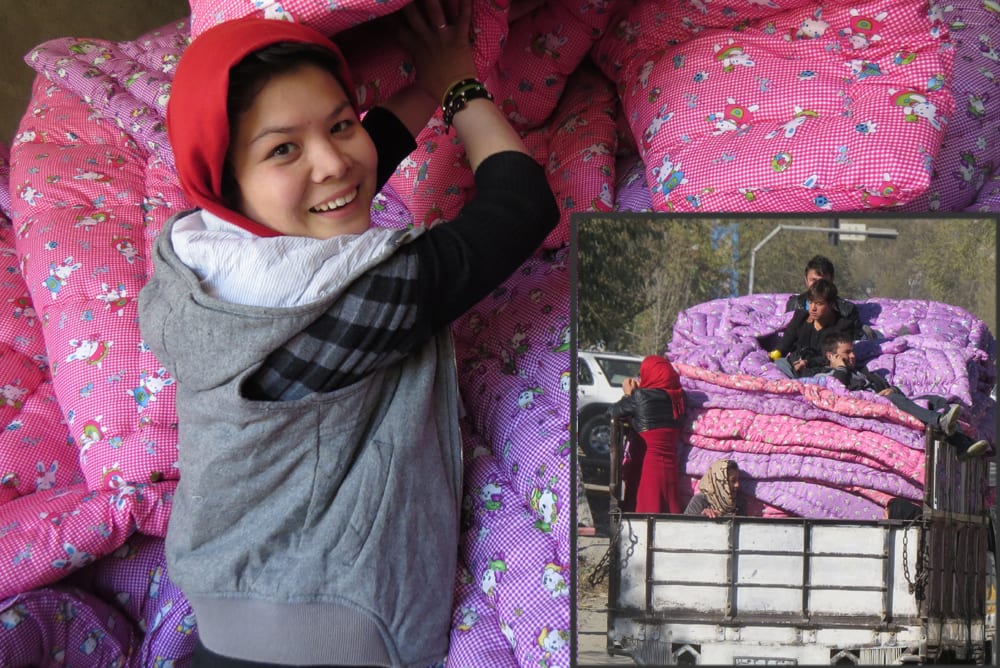 After 13 years of U.S./NATO intervention in Afghanistan, and US$1.172 trillion dollars spent on the Afghan war from 2001 to October of 2012 <http://abcnews.go.com/Politics/OTUS/2000-dead-cost-war-afghanistan/story?id=17367728> , the basic needs of ordinary Afghans constantly caught in the crossfire are still poorly met.

In the following winter of 2013, the Afghan Peace Volunteers ( APVs ) organized the making and distribution of duvets to poor families in Kabul, including those in refugee camps.

Thanks to international peace-builders who had raised funds from among ordinary Americans, the APVs were able to distribute more than 2000 duvets <>  that year. The Afghan ladies who sewed the duvets were paid a living wage per duvet.  – quote from APV website

Let’s help them do it again this year!


Donations: Send a check made out to ‘Voices for Creative Nonviolence’ to Peg Gefell, 811 Meigs Street, Rochester, NY 14620