[GVCP] Move On info and Next Meeting

Arnie has been doing a great job keeping the group posted in the event that Trump fires Mueller. So far, that has not happened, but if it does, please see the info below from Move On about taking action. #NobodyIsAboveTheLaw

Lunch is at 1 PM, meeting starts at 1:30. All are welcome and bring a friend!

Former White House ethics czar Norm Eisen knows Special Counsel Robert Mueller and believes the investigation into Russian meddling in the 2016 election is going well despite criticism from Trump and his propagandists.
Eisen just filmed an exclusive video interview with MoveOn, in which he says, "There's a critically important role for every American to play in defending (the) investigation, the rule of law, and our democracy … If we're not ready to peacefully protest, then the rule of law is in jeopardy."
Watch the video to learn why Mueller's investigation is so critical to our democracy—and share it with friends and family so they learn what we all can do to stop Trump from shutting it down. 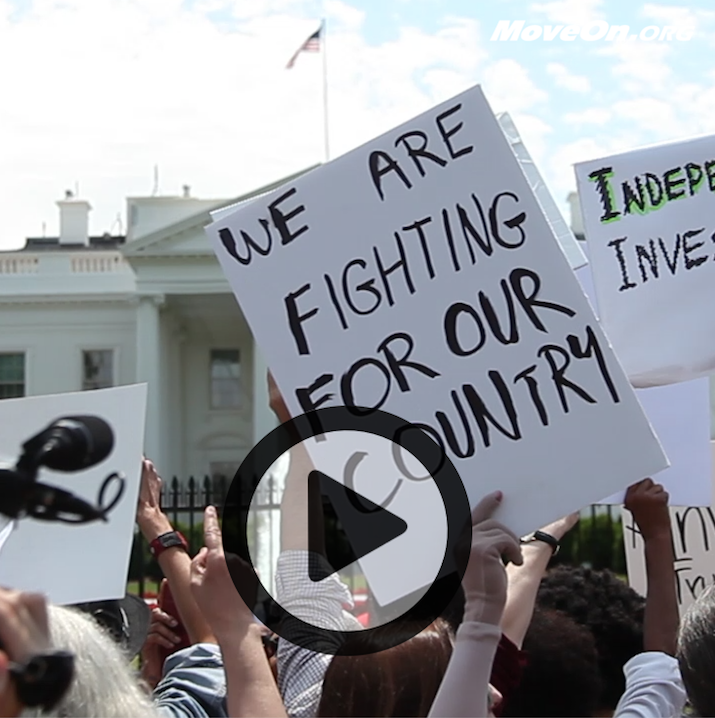 We know no one—including Trump—is above the law.
This movement is growing by the day, with more than 175,000 people like you committed to take to the streets if Trump fires Mueller.
Please watch and share the video and please talk to your friends and family about taking action to declare nobody is above the law.
Thank you for your commitment to protecting the integrity of this investigation and defending our democracy.
–David, Maria, Pulin, Alex, and the rest of the team

P.S. If you know folks who want to join events in case Trump fires Mueller, make sure they sign up at the Nobody Is Above The Law website.