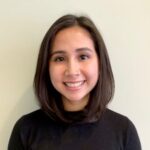 The Enbridge Corporation, which is to blame for 73 pipeline spills since 2002, has begun construction on Line 3 in Minnesota. This violates Anishinaabe treaty rights and threatens sacred water. The pipeline also threatens the global climate, spewing out emissions equal to Keystone XL, the Dakota Access pipeline, or 50 coal plants!

The bad news is that Line 3 has the support of Minnesota’s Democratic governor, Tim Walz. The good news is that Native leaders, local organizers, and a powerful faith coalition have slowed the project, creating space for Joe Biden to intervene.

Let’s show President Biden that we support environmental justice for the Anishinaabe, and call on him to immediately overturn Donald Trump’s approval of Line 3!

Climate change is a moral crisis that impacts public health, jobs, poverty, racism, immigration, and the viability of our planet. [Adapted from Faithful America]